In the year 2017, more than USD 6 billion were raised via an innovative fundraising approach called «Initial Coin Offering» (ICO).

However, ICO has not lived up to its ambitions, and for good reason, no viable and scalable standard has yet been proposed for this method.

Investors, therefore, began to avoid ICO in general for various reasons, which combined, led to a fall in confidence:

Security public offerings in full compliance with the law are hardly affordable for small startups so project owners try to avoid regulations, by structuring their tokens like utility tokens.

As a result, we see a speculative market full of unnecessary tokens which are called utilities, but which in fact were only issued to raise funds.

An IEO, or Initial Exchange Offering, is fundraising carried out through an exchange platform. The term is directly modeled on the term Initial Coin Offering (ICO), itself modeled on Initial Public Offering (IPO).

The ICO trend was picked up in 2018 by centralized exchanges

Some trusted crypto companies like Binance or Huobi have launched fundraising platforms, called “Launchpads,” whose due diligence and transactions are done in-house.

The principle is as follows. A company seeks financing to carry out a project. To do this, it goes through Binance Launchpad (e.g.). In the operation, Binance collects fees, the Company finances itself, and Users perceive a return on investment if their speculation was correct.

DeFi projects like Maker DAO, Uniswap, or Cocoricos attract attention because they represent a viable alternative and a return to the nature of crypto: finance whose power is distributed around its participants.

Cocoricos is a decentralized token offerings protocol built on Ethereum. It connects investors with project owners through a trustworthy, autonomous, and censorship-resistant platform.

The project owner can create his ERC20 token and launch his fundraising easily for free on the platform.

The fundraising takes place until the end of the current stage, subject to the majority vote of investors. If the predefined minimum fundraising goal (soft cap) is not met, the crowdfunding smart contract refunds investors, and subsequent steps are canceled.

Investors have the unique power to unlock funds on each step of the project.

How does it work?

1. The project owner configures his fundraising on Cocoricos and must establish at least 3 funding milestones which, together, will represent 100% of the raised amount.

2. Participants invest in the first funding milestone, this latter has reached its soft cap.

3. Participants vote to unlock the next milestone from the moment it has been proven that the team has completed its goal.

4. This method is replicated on each milestone funding up to the last, giving continuous control to each investor.

What about ICO Regulation?

Obviously each project owner has full responsibility for the project he starts on a decentralized and censorship-resistant platform.

To do this, Cocoricos leads the way with its Vave platform by setting up a privatized environment for each project owner, allowing, in the case of Vave, to raise funds privately in the field of real estate

ICO represents a major advance, by their decentralized and non-restrictive nature, however, the continuous drop in confidence has pushed the market towards restrictive centralization via exchanges. What a pity for an intrinsically peer-to-peer model!

For peer-to-peer fundraising to take place, investors must be able to give their opinion on each stage of the fundraising and be reimbursed via smart contracts if the current stage has not been successfully completed. 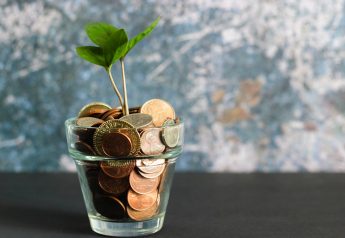