2017, was a fantastic year for Bitcoin and crypto-assets. The markets rallied, Bitcoin’s prices skyrocketed to $20k, and cryptocurrencies became a focus of the mainstream media.

It was also in 2017 when Bitcoin split into two separate coins: the original Bitcoin (BTC), and Bitcoin Cash (BCH), leaving media and many new users puzzled whether they are, in fact, the same coin.

Some proponents of BCH even encouraged the confusion and benefited from the brand name and hype of the original Bitcoin. Certain websites and wallets also called Bitcoin Cash ‘Bitcoin’ to express their opinion about BCH being the better version of Bitcoin.

Since then, we’ve seen the rise of other coins splitting away from the Bitcoin blockchain, and keeping ‘Bitcoin’ in their name, for example, Bitcoin Gold (BTG), Bitcoin Diamond (BCD), or Bitcoin Uranium (BUM). In 2018, Bitcoin Cash split further into Bitcoin Cash and Bitcoin Satoshi Vision (BSV).

This article will attempt to explain the difference between Bitcoin (BTC) and Bitcoin Cash (BCH) and a short story behind the hard-fork that allowed BCH to exist today.

Bitcoin can be described as a peer-to-peer payment system. It allows for direct transfers of value (in the form of digital currency) between peers without banks or other third-parties. The transactions are verified by a distributed and global network of private computers, and the automated character of the process makes Bitcoin faster, cheaper, and borderless. However, it is not scalable just yet.

Due to technological constraints, namely the size of Bitcoin’s blocks (1MB) and the time it takes to issue each block (10min), the Bitcoin network can only process between 3-27 transactions per second (TPS). To put it into perspective, VISA can handle 56 thousand TPS and usually runs at an average capacity of two to four thousand TPS.

The growing popularity of cryptocurrencies, makes scalability of Bitcoin more and more urgent. The block-size constraints mean that many financial records simply won’t fit onto the block. As transactions compete to be processed faster, the fees increase as well.

In 2017, there was a schism within the Bitcoin community of developers, miners, and node operators who run the global Bitcoin network. Part of the group believed that Bitcoin should remain as it is, with block size of 1MB. They proposed that future scaling be done through second-layer protocols, i.e., the Lightning Network, which enables transactions off-chain, with only certain data submitted to the blockchain itself.

Others argued that second layer protocols are not functional yet, and Bitcoin should adapt and scale on its own. This group campaigned to increase the size of the blocks by changing the blockchain’s code.

One of the essential attributes of the blockchain is that it is immutable, or rather, it is inherently difficult to change because any fixes need to be approved the entire network of nodes. This time, the community wasn’t in agreement about changing the original Bitcoin, and so the proponents of larger block-size decided to separate and create their own coin, Bitcoin Cash. It happened through a so-called hard-fork.

‘Fork’ is a technical term for when developers take an open-source code and create new and distinct software. A ‘blockchain hard-fork’ happens when a significant number of the nodes disagree, and the blockchain separates into two different chains, each propagated by their network.

On the 1st of August 2017, the Bitcoin hard-fork took place that allowed the creation of an entirely new currency, Bitcoin Cash, with a block size of 8MB, later increased to 32MB. The nodes that chose to propagate the Bitcoin Cash over the original Bitcoin became part of the new BCH blockchain network.

Bitcoin and Bitcoin Cash are two distinct cryptocurrency coins, with different prices, market caps, and a different underlying blockchain. They stem from the same blockchain, but once BCH separated, it took on slightly different attributes than BTC.

The blockchain specialists still disagree about BTC vs. BCH scalability, as well as the future ramifications of the block-size change.

Bitcoin Cash seems to do well in the stress tests, where the network manages to process circa 2+million transactions in a day without a significant increase in processing fees. The system seems ready for the influx of new users. However, BCH hasn’t made use of the 8MB block-sizes just yet; the maximum it reached was circa 4,5MB.

There is an ongoing discussion about further block-size increases in the future, which in turn could make the blockchain quite ‘heavy.’ Total BCH blockchain size is currently lower than BTC blockchain, at 171GB and 287GB, respectively. Full nodes are obligated to store the entire blockchain copies as the source of truth. But as both chains grow, it will become increasingly expensive to store them on the nodes. It might limit who can become a full node operator and introduce a type of oligarchy into the network. It is the case for both BTC and BCH blockchains but could affect the BCH more, once it makes use of its increased transaction capacity.

The original Bitcoin continues to face the same scalability concerns. The cryptocurrency is far from becoming the standard form of payment, yet the fees are already high, and transactions may take a significant amount of time. You can pay the higher fees to be processed within 10min, or pay less but wait hours or in extreme cases, days. It puts a question mark on the future of Bitcoin in digital payments. At the same time, proponents of Bitcoin hope additional layers will solve the scalability issues, while Bitcoin remains a store of value and a long-term investment, like digital gold.

Neither solution seems perfect at the moment, and only time will tell how the market develops. One thing seems clear; the crypto community could benefit from working together towards increasing the adoption and positive perception of cryptocurrencies as a whole. How to Receive Crypto Airdrops: Ultimate Guide For Beginners 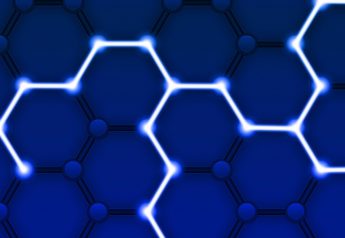 How to Raise Funds For Blockchain With Initial Exchange Offering 5 Alternative Cryptocurrencies to Know About Besides Bitcoin